This is another book where I have mixed feelings about it and I’m still trying to decide whether I liked it or not. I picked up the book mainly because of the cover which I thought was absolutely gorgeous and I was expecting something along the lines of ‘Throne of Glass’ and ‘Graceling’ but that wasn’t the case.

Twylla’s mother is the Sin Eater and Twylla trained her entire childhood to take over for her mother. But a chance encounter with the Queen revealed Twylla to be Daunen embodied a Goddess who can consume poison and not be killed. A Goddess who can kill anyone with just a touch.

I loved the idea of the protagonist having poisonous skin, and was really intrigued by the idea. The world building I also thought worked really well and I enjoyed learning more about the founding of the kingdoms, it’s traditions like the sin eating and more about the gods. The world is well thought out and has a Game of Thrones, medieval-esque vibe which I really enjoyed.

But I felt for about 80% nothing really happened and there wasn’t any exciting or adventurous plot to the story which I was disappointed about however by the end of the book the storyline picked up with the big revel which I enjoyed.

As for the characters, the protagonist Twylla is extremely naïve given her power is exceedingly lethal. Instead of being all deadly and all she’s just your typical protagonist who does nothing at all. Then we have Lief I didn’t like him that much. I kinda liked his personality at first and he seemed to be very loyal, but there wasn’t much about him that made me love his character.

I wasn’t a fan of the relationship between Twylla and Lief as I felt like it was very instal-love. I didn’t sense very much chemistry between Lief and Twylla and there wasn’t enough development before certain events in order for me to become completely convinced of their connection.

I pretty much only liked one character and that was the Queen who played the role as the villain as she was all kinds of crazy. I mean legit maniac and sadist. I don’t know about you, but murdering someone because he smiles too much is well asinine. She made everything so much more intense and gripping.

Overall, it’s sad to say that I rate this book 2.5/3 stars as for me it was a bit disappointing and could have been so much better! 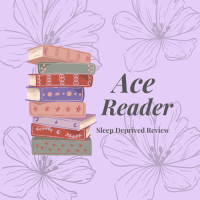 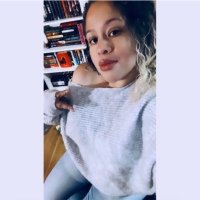