We’re about halfway through NaNoWriMo, and I swear every year this month flies by! For those who don’t know NaNoWriMo stands for National Novel Writing Month and runs through the entire month on November with the aim to encourage its participants to start their novel and write a grand total of 50,000 words! It’s a wonderful event that brings together the writing community and although we’re all unable to meet up this year, organisers have scheduled little Zoom chats so everyone can get involved!

I only started my project on Sunday as work has been a bit manic with people panic buying Christmas presents and re-arranging entire stores following government guidelines. But I’ve now got a week off work and plan to do some major catching up! As I’ve mentioned previously my goal for this months challenge is to write 30,000 words instead of the usual 50,000, so I’m eager to get into the swing of things.

I love reading everyone’s updates all of them are so motivational and, it’s great to see so many people smashing their goals, so keep it up! In previous years, however, this is where I begin to falter and where I start to doubt myself and my ideas. I know I can’t be the only one who struggles with their confidence so I did a bit of research into published and well-loved books that were written during NaNoWriMo for a bit of inspiration and it’s given me the boost I needed! So I thought I’d share my list with everyone and hopefully, this will help and fill you with confidence if you’re struggling. You never know your project could be the next New York Times Bestseller, so if they can do it, then so can you!

The Night Circus by Erin Morgenstern – Probably NaNoWriMo’s most successful novel of all time and rightly so because everything about this book is beautiful, especially the lyrical and magical writing style that brings this world to life. This book was written throughout three NaNoWriMo’s so there’s no pressure to finish your entire book this month, sometimes these things take time! But what I love most is Morgenstern’s advice to writers which is to ‘take risks’ and ‘to let yourself be surprised’!

Cinder by Marissa Myers – Myers is a legend when it comes to NaNoWriMo as she wrote THREE of her best selling books in a single month! This insane amount of writing was inspired by a competition in which whoever wrote the most words during NaNoWriMo would win a cameo in a Star Trek episode. Although she didn’t win, she did manage to kick start her writing career and publish her much-loved series, The Lunar Chronicles!

Water for Elephants by Sarah Gruen – Another huge NaNoWriMo success story and one which even got its own film adaptation! Gruen’s advice in her pep talk was to ‘focus on the fun scenes and let the rest flow, and also to remember that we’re all in the same boat when it comes to trying to bring our ideas to life.

Something Strange and Deadly by Susan Dennard – Although I’ve yet to read this book, I have read the first book in Dennard’s Witchlands series, and it just proves that once you start there’s no stopping you and that you never know what next adventure is around the corner, so keep writing!

Wool by Hugey Howey – Years and years ago, I started writing the first few chapters of a young adult dystopian novel, only to find that my idea was already a published book! Since then this book has been sitting on my shelf unread! Whoops! Anyway this story, like my own, started off as a short story and then eventually grew into something bigger, so this is another remind to never give up!

Anna and The French Kiss by Stephanie Perkins – This is one of my go-to young adult contemporaries because it’s just so lovely and I can’t believe that I never knew it was written during NaNoWriMo!

Way of Kings by Brandon Sanderson – I watched one of his writing tips videos recently, and he revealed that a part of this book was written during NaNoWriMo, which for me was a huge confidence booster! As many of you will know, Sanderson is one of my favourite writers of all time, his ability to create intense storylines paired with intricate characters and an endless imagination is what makes his books so special.

8 thoughts on “7 Books Written During NaNoWriMo” 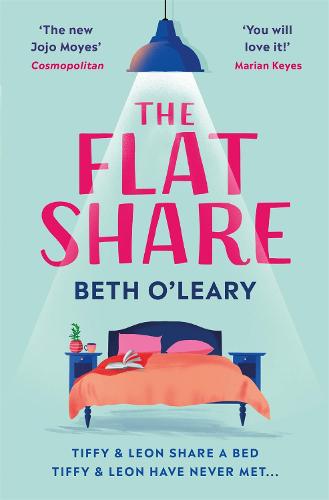 What We Write About

A must-visit blog for every bookworm out there!

The Critiques of a Fangirl

Head in the Clouds. Heart in a Book. This is my Fangirling Nook.

The Perks of Being Noura
If the Book Review Fits

| One girl living her best life, one book at a time

Because my time is usually taken up by books, baking, & babbling, among other things. Come join.

just a girl and her mountain of books

Your average girl talking about books